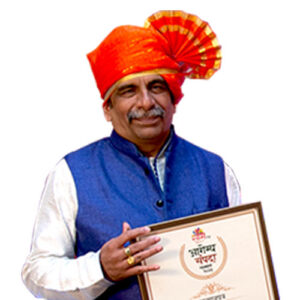 Dr Yogesh Chandorkar, Director, Niraamay Wellness Center, and Dr Amruta Chandorkar, have always been spiritually inclined. As if they were destined for it, they started engaging in the DTP work of spiritual books and the knowledge dimension began to expand for them. Their friend and Guru, Shri Pradyumna Vatve, introduced them to the concept of Pranic energy. Over time, they began to realize the truth that the energy which drives the body and mind is itself responsible for the states of disease and wellbeing. A series of experiments began from there…

Dr Yogesh Chandorkar started treating patients selflessly through the medium of energy in 1999. He used to treat patients at their home or in the hospital. Information gained through reading and listening started getting converted into knowledge through various experiments and experiences.

In 2002, Smt Shailaja Chandorkar, mother of Dr Chandorkar, had to be admitted to the hospital due to severe cardiac disease. There was no substitute to open heart surgery due to the presence of blockages. With the surgery, the doctors there had predicted a life span of merely one month. However, keeping faith in the words of Dr Chandorkar, his mother decided not to go for the operation, and from there commenced the real struggle.

His mother wished to get well to witness the success of her son, while Dr Chandorkar wanted to vindicate the faith that she had reposed in him. Energy is the power that follows one’s thoughts. His mother completely recovered through both, medication and positive thought. Soon she again started doing the household chores, travelling, etc. She even started treating other patients. She genuinely felt that Dr Chandorkar should take up this service as a full-time occupation.

During all this time, Dr Amruta worked with Dr Yogesh Chandorkar as his colleague. They both got married in 2005. Dr Yogesh believes in the intellect, while Dr Amruta follows the mind. While studying the nature of energy, Swayampurn Upchar evolved out of their combined thought process.

The DTP work continued as the livelihood, while treatment was being undertaken out of the will to serve others. In due course, they started running out of time to conduct the healing process. Even relatives started coming to the patient’s house to take the treatment. Sufficient time could not be devoted to the DTP profession, which resulted in financial strain.

Around this time, Dr Chandorkar’s mother, Smt Marathe (a patient who had recovered from a completely bedridden condition) and Smt Risbud (a patient who had recovered from the agony faced due to wrong placement of the broken bone of the arm), strongly insisted that he should set up a treatment centre. Respecting everybody’s opinion, it was decided to hire a small space in Mahalakshmi Market building in Shanipar Chowk. But, money was in short supply. At this juncture, Shri Risbud, Shri Kamat, Shri Sunil Dandavate and Smt Pradnya Bhave selflessly came forward to help without expecting any time-bound repayment. A new episode commenced with this.

Niraamay Wellness Centre started functioning on 11th February 2010. Every treatment sitting was charged at ₹ 50. Division of work was decided upon with Dr Amruta handling the task of providing all the information about the healing technique and Dr Yogesh taking up the task of actually conducting the treatment.

Initially most of the visitors were sceptics. Many people openly expressed their doubts in this method of treatment and even criticized. Activists opposing blind faith also visited the centre. Analytical Punekars kept the Chandorkars on their toes. However, on every occasion Dr Yogesh and Dr Amruta tried to explain the knowledge gained through the experiences of patients.

The Chandorkars argued with the people that if belief in atoms and molecules that cannot be seen by the naked eye is possible, then belief in the existence and power of Panchmahabhutas (five basic elements in nature) manifesting within every person is equally rational. They added that if people can believe in the transmission through satellites, they should be open enough to have faith in the cosmic energy that dwells inside all beings.

They made the questioners aware of the fact that in this world made up of tangible and intangible aspects of existence, the latter occupies a far greater part. They insisted that just as any so-called miracle has an explanation in the world of nature, dismissing the Swayampurn Upchar method as mere blind faith without trying to comprehend the underlying natural laws is not correct. The publicity of Swayampurn Upchar was simultaneously being done by patients who had recovered from their illnesses. Things took an interesting turn when the firsthand experience of Smt Marathe was published in the Muktpeeth supplement of the daily Sakaal on 26th April 2010.

Nevertheless, this treatment, which is provided without any touch or medicine, still remains an enigma for most. This is because of the overdependence of people on modern science alone. People have forgotten the philosophy and ancient science of the forefathers, which encompassed the entire animate and inanimate world.

While studying naturopathy and energy healing (Yog Shaastra), Dr Yogesh and Dr Amruta tried to connect the same with modern lifestyles. The modern form of the ancient sciences as developed by Dr Yogesh and Dr Amruta, who are naturopaths, is termed as Swayampurn Upchar. This type of treatment that turns out to be Sanjeevani (the venerable magical potion) for incurable diseases is available for patients 24 x 7 in Niraamay Wellness Centre, where a large team of motivated healers is continuously active.

Our motto is ‘Seva Paramo Dharma’ (Service to people is the highest goal). 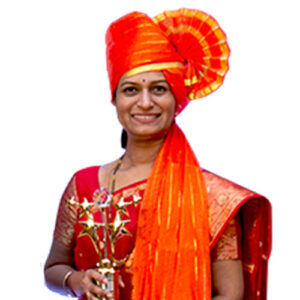 Spiritual science is not merely some practice or pursuit...

The world of nature is made up of the five basic elements. Tatva is a rule....

There is description in Yog Shaastra about the presence of seven....

The Science of Mudra

The word Mudra is derived from the Samskrut root word...

One’s thoughts and utterances travel in the form of vibrations and continue to exist ....

Kshr implies perishable and that which does not perish is Akshar.It is the eternal.....

Niraamay for a healthy and happy life!

Saturday to Thursday
12pm to 8pm

Main Chakras in the Body

Where there are problems, There are solutions too ! Where there is fear,
There is Courage too!

Niraamay for a healthy and happy life!